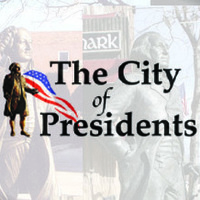 A most unique art project can be found in the Black Hills of South Dakota. A life-size bronze statue of President Barack Obama will be unveiled in Rapid City, where he will join 43 other presidents in a project known as The City of Presidents.

On Saturday, July 13, 2019, at 12:00 pm, President Obama will be unveiled to the general public at the Elks Theatre, 512 6th Street, across the street from the Alex Johnson Hotel. The ceremony will begin with the Color Guard from Ellsworth Air Force Base, and the singing of the National Anthem, and other patriotic music curated by artist James Van Nuys. At the conclusion of the ceremony, The Garage, 402 Saint Joseph Street, has invited the public to a reception to celebrate the addition of President Obama to Downtown Rapid City. The Garage is a collaborative co-working space located close to where the President will be permanently installed on Monday.

During the 1980s, the Borglum Museum loaned their statue of Seated Lincoln to be displayed in front of the Alex Johnson Hotel off-season while their museum in Keystone was closed. Rapid City businessman Don Perdue noticed how people would gather around the statue, and wondered if people were that intrigued with one statue, how might they respond to seeing all of the presidents? The idea remained dormant for years, until a Lincoln Day dinner in 1999. Art entrepreneur, Dallerie Davis, struck up a conversation with Perdue, the essence of which was 'We can do this!" And they did.

The City of Presidents Board was created, and Steve Rolinger came in to guide them through the city politics of accomplishing the deed. Davis represented several artists whom she asked to develop the sculpture for the project: John Lopez, James Michael Maher, Lee Leuning & Sherri Treeby, Edward Hlavka, and then later, James Van Nuys. Van Nuys is the sculptor who was asked to create the statue of Barack Obama.

The City of Presidents is a privately funded project that has raised over two and a half million dollars to fund the statues which can be found on the corners of Main Street and Saint Joseph Street. This program will continue into the future, adding a president whenever the nation hands over presidential power to the next national leader.

It was amazing - the program and background of the placement of the statues was interesting. Sculptor James Van Nuys provided music before and during the program, and his talk regarding his inspiration(s) for the statue were also enlightening. Hats off to the Elks Theater and their always amazing staff for providing the venue. Statements on the news seemed to indicate the unveiling was occurring outside in front of the Elks - having it inside was a welcome relief and much more approrpriate. Thanks Elks Theater