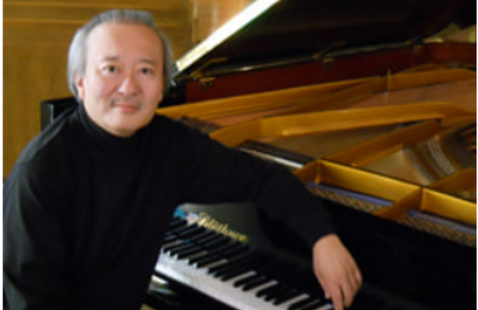 https://www.bhchambermusic.org/concerts.html #VisitRapidCity
View map
Add to calendar
Save to Google Calendar Save to iCal Save to Outlook

A Bluthner Concert Artist currently residing in Las Vegas, Nevada, Pierce Emata received his Bachelor and Master degrees in Piano Performance from Indiana University's Jacobs School of Music, where he coached with international concert artists Alfonso Montecino, John Ogdon, and Gyorgy Sebok. He has also coached with Hungarian concert artist Istvan Nadas, as well as John Simms. He has appeared in many solo and orchestral concert series, such as the Dame Myra Hess nationally broadcast concerts in Chicago.
Across the United States and abroad, in addition to traditional solo concert and orchestral appearances, Mr. Emata is well known for his innovative and entertaining commentary-concerts, trademarked and titled Concerts & Conversation. These presentations bring audiences closer to the artist, his personal experiences, the music, and the personal lives of various composers by including commentaries at various levels with a solo concert. These performances have also been broadcast on National Public Radio affiliates in various states.
He has been awarded numerous artist grants and fellowships from the Indiana, South Dakota and Nevada arts councils in recognition for his accomplishments in concertizing, recording, advanced teaching, and composition. He has concertized throughout the United States and abroad; in 2017 and 2019 he performed in Pune, India, and will return to India next season for concerts and master classes, as well as in Japan. He is in demand as a juror for various competitions across the country and abroad such as the Music Teachers National Association's Divisional and State competitions, Steinway & Sons piano competitions, and the Musiquest National India Piano Competition. He is also in demand as a presenter and conference artist to state music teacher organizations and conventions, speaking on best practices in teaching and performing, style interpretation, playing technique, and career coaching to enable students to become credible 21st century musicians. In addition, he has served on national grant committees for the Music Teachers National Association (MTNA), as well as performance grant committees for the Indiana Arts Commission.
​Mr. Emata is on the summer piano faculty at the internationally renown Interlochen Center for the Arts, which brings together 2700 students from 50 countries annually, where he teaches master classes and private lessons to gifted students.