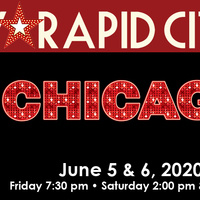 A true New York City institution, CHICAGO has everything that makes Broadway great: a universal tale of fame, fortune and all that jazz; one show-stopping song after another; and the most astonishing dancing you’ve ever seen.

No wonder Chicago has been honored with 6 Tony Awards, 2 Olivier Awards, a Grammy® and thousands of standing ovations. It’s also no surprise that Chicago has wowed audiences all around the world, from Mexico City to Moscow, from São Paulo to South Africa.