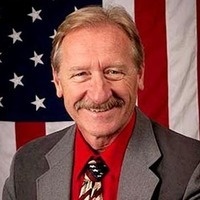 JOURNEY FOR FREEDOM, defection from Communist Czechoslovakia in June 1983

On 9 November 2019, the South Dakota Military History Forum speaker will be Rapid City resident Peter Vodenka, who after years of planning and plotting defected from communist Czechoslovakia in June of 1983.  In the middle of a cold and rainy night, 27 year old Peter, his wife Lily and their two young toddlers ran for their lives, while being chased by border guards armed with automatic weapons and barking dogs .

Vodenka’s defection was the beginning of a new life for him and his family.  After spending time at a refugee camp in Austria, the family was sponsored by the First Lutheran Church in Beach, North Dakota.  The Vodenka’s ‘Journey for Freedom’ is a remarkable story of courage, challenges and determination, a willingness to give up their possessions and risk everything to escape from Communist rule in what was then known as the Czechoslovak Socialist Republic or CSSR.

Peter, now a proud American citizen and successful businessman, travels the United States speaking about his passion — to cherish and guard our American Constitution and freedoms, and to remind audiences to keep the American Dream alive.

November 9th, is the 30th anniversary of the fall of the Berlin Wall, the event that precipitated the eventual demise of communism.  Set aside two hours of your Saturday to come and listen to someone who can explain why life in America is worth fighting for!  Bring friends and family members to listen to Peter Vodenka’s riveting story!