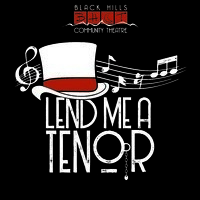 Lend Me a Tenor

Lend Me a Tenor, a Comedy in the Studio Theater at the Performing Arts Center of Rapid City put on by the Black Hills Community Theatre.  It’s 1934, and the world’s greatest tenor Tito Merelli has come to Cleveland, Ohio, to save its Grand Opera Company by singing Otello. When he is unexpectedly incapacitated, Max, the Opera Director’s meek assistant, is given the daunting task of finding a last-minute replacement. Chaos ensues – including a scheming soprano, a star-struck ingénue, a jealous wife, and more than a bit of mistaken identity.