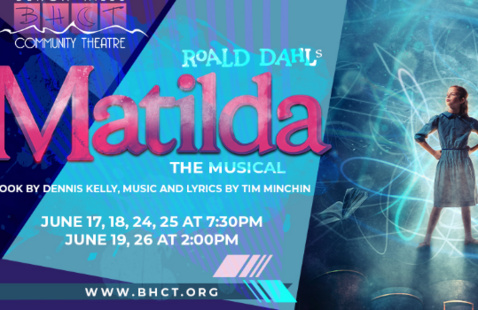 https://www.bhct.org/matilda.html #VisitRapidCity
View map
Add to calendar
Save to Google Calendar Save to iCal Save to Outlook

Black Hills Community Theatre is proud to conclude their 54th Season with Matilda, the musical adaptation of Roald Dahl’s classic children’s book. Matilda is a little girl with astonishing wit, intelligence and psychokinetic powers who is unloved by her cruel parents. Plus her school’s mean headmistress, Miss Trunchbull, hates children and just loves thinking up new punishments for those who don’t abide by her rules. However, Matilda has courage and cleverness in equal amounts, and could be the school pupils’ saving grace!