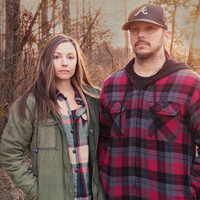 Opposite south sides converge in this unlikely crew created by South Georgia raised Blake English and Los Angeles native, Tori Lund. The two met in 2014 singing and playing in an L.A. church and bonded over a shared a love of country music. They began writing with intentions to shop songs to other artists, but after a couple years putting together a catalog, they decided to wrangle up some local musicians and form a band.

Tickets for this all-ages, after-hours show at Miner Brewing Company are just $10 when purchased in advance.