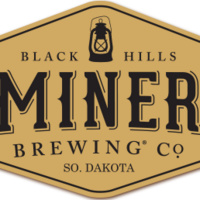 Kick off American Craft Beer Week 2019 with a free musical performance in the Taproom on Monday, May 13. Enjoy the folk sounds of Izzy Heltai and special guests Tough Old Bird.

Izzy Heltai is a folk singer and songwriter based in Northampton, Massachusetts. As a songwriter, he focuses on telling stories about love, loss, and growth – crafting songs both relatable to his inter-generational audience and specific to his experiences and proclivities as a young folk artist. Izzy’s music is influenced by folk legends like Carole King, Paul Simon, and Dave Van Ronk, as well as leading voices in the contemporary folk resurgence like Gregory Alan Isakov, Brandi Carlile, and Jason Isbell. In the summer of 2017, Izzy was a finalist at Falcon Ridge Folk Festival’s Grassy Hill Emerging Artist Showcase in Hillsdale, NY, and in 2018 he was named a New Folk Finalist at Kerrville Folk Festival in Kerrville, TX. He has performed at Mass MoCa’s acclaimed Freshgrass Folk Festival for two years running, and his debut EP release in January of 2018 was accompanied by a sold-out release show at the historic Club Passim in Cambridge, MA.

Formed in the small community of Fillmore, New York by songwriting brothers Matthew and Nathan Corrigan, Tough Old Bird plays modern folk music that reflects the landscape it comes from, a place where the last train just pulled out and the carnival is always on its way to the next town. Since its formation in 2013, Tough Old Bird has released two full-length albums and two EPs, and has taken its music to coffee shops, listening rooms, music clubs, dive bars, campgrounds, and front porches across the United States.

The core of Tough Old Bird’s sound comes from Matthew Corrigan’s intricate acoustic guitar work, and from the voice and nimble harmonica playing of Nathan Corrigan, who holds a degree in literature and brings a poetic sensibility to the duo’s lyrics. Accents of accordion and waves of electric guitar give Tough Old Bird a sound that is at once modern and ancient.