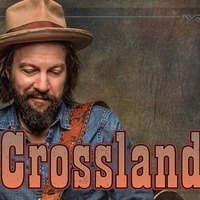 A favorite of music fans throughout the West, Jalan Crossland returns to Miner Brewing Company along with special guest John Statz for an outdoor show on the Concert Lawn on Saturday, August 24.

From Ten Sleep, Wyo., Jalan Crossland is widely acclaimed by audiences, critics, and his musical peers as a premier acoustic guitarist and entertainer. His extraordinary guitar work earned him National Fingerstyle Championship honors in 1997 and the State Championship Flatpick Title in his home state in 1999. He is a talented vocalist, banjo player, songwriter, and an engaging showman.

John Statz is one of the more prolific young songwriters working in the Folk/Americana genre today. He has released eight studio albums and performed all over North America and Europe, all in just 12 years’ time.

For more information about the artists and this evening of music on the Miner Brewing Concert Lawn, please visit MinerBrewing.com.