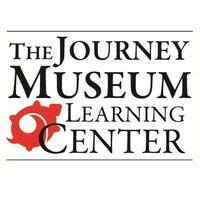 Neither Wolf Nor Dog

The Journey Museum and Learning Center is bringing back the acclaimed movie, "Neither Wolf Nor Dog" to the community!

We'll have a special showing on April 8 - what would've been the 100th birthday of Lakota Elder Dave Bald Eagle, who starred in the film.

This 2016 South Dakotan Native American film is adapted from the award-winning book by Minnesota author Kent Nerburn, “Neither Wolf Nor Dog: On Forgotten Roads with an Indian Elder.”

The story is about a Lakota elder who wants to write a book about his people, so he summons a white author to help. The author gets sucked into the heart of contemporary Native American life as the elder tells him about land and property, the power of silence, and sacred ceremonies.

Witness a stunning, landmark performance from Lakota Elder and WWII veteran Dave Bald Eagle, who passed on after filming at age 97. Bald Eagle grew up in Cherry Creek, South Dakota.

Call 605-394-6923 to reserve tickets. Popcorn, snacks, and beverages will be available for purchase.