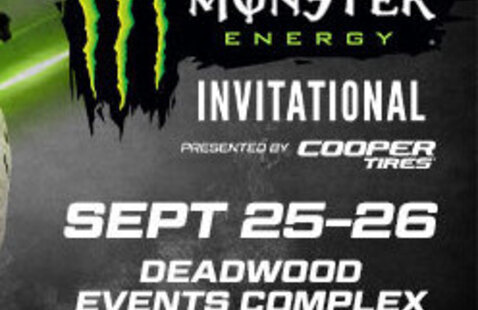 Deadwood, Deadwood Rodeo Grounds View map
Add to calendar
Save to Google Calendar Save to iCal Save to Outlook

https://www.deadwood.com/event/pbr-unleash-the-beast/ #Deadwood
View map
Add to calendar
Save to Google Calendar Save to iCal Save to Outlook

Bull riding fans will get to see the ultimate level of competition between 35 of the world’s top bull riding athletes and the rankest bucking bulls in the business at one of the most historic arenas in the nation during the two-day PBR Monster Energy Invitational presented by Cooper Tires.

From the wooden bucking chutes at the picturesque outdoor arena to the staged gunslinging outlaw-actor reenactments of days gone by in the streets of town, Deadwood is a mecca for all things cowboy. Just like the miners that arrived in the 1870’s the PBR’s top riders will also look to strike gold in the northern Black Hills as the season rolls to a close.

Fans will see a homestretch event in one of the most compelling seasons in PBR history as reigning PBR World Champion Jose Vitor Leme battles it out for a rare repeat title with 2018 World Champion Kaique Pacheco, 2016 World Champion Cooper Davis, surging Brazilian Dener Barbosa and his veteran countryman Joao Ricardo Vieira, who make up the current Top 5 and are all expected to compete in Deadwood.