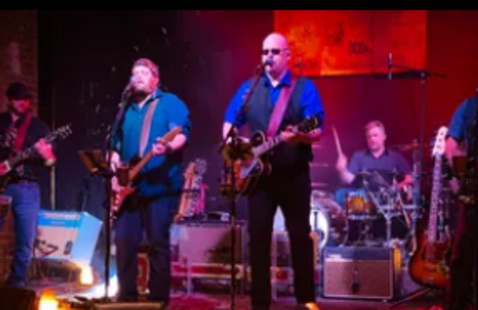 Downtown Rapid City, 7th Street View map
Add to calendar
Save to Google Calendar Save to iCal Save to Outlook

https://www.rapidcitysummernights.com/#!/schedule #VisitRapidCity
View map
Add to calendar
Save to Google Calendar Save to iCal Save to Outlook

Mighty Big Jim (MBJ) first took the stage together in 2013 and have been working ever since. Heavily influenced by Tom Petty, Bruce Springsteen, The Allman Brothers and The Band, this roots rock n roll band jams many originals and covers.  Veteran singer/songwriter Jim Devine fronts the band with Casey Malkuch on lead guitar and vocals, Jon Redlin on bass and vocals, John Cross on lead guitar and vocals, and Ben Sportsman on drums.  MBJ released their self titled debut album in 2017 with the follow up Diamonds and Tears in 2019.