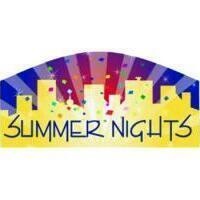 35th and Taylor is comprised of members Anna Taylor, Evan Kaler, Jack Osborn, and Max Miller.  Originating in the Sioux City IA area the band offers an alternative rock sound with a heavy blues influence.  With a blend of classic and contemporary sounds with influence from the Black Keys, White Stripes, Grace Potter, and Joss Stone.

The band has recently finished their latest project titled “I Know You’re Trouble”, recorded in Nashville TN in the spring of 2016 by sought after Alternative Rock producer J. Hall.  The album consists of 10 tracks and is scheduled for release on 10 June 2016 on iTunes and CD Baby.

The band formed in the summer of  2011 and has maintained an extensive regional touring schedule throughout the Midwest over the past five years.

Anna Taylor, lead singer, 18, has no fear of the stage and spotlight having won multiple singing  competitions as well as being a contestant of Season 6 of NBC’s The Voice. In 2015 the band was also awarded the “Spirit Award” by the Iowa Rock and Roll Music Association by unanimous vote for there contribution as ” the future of rock and roll in Iowa”.  The band has opened for multiple national acts to include Andy Grammar, Echosmith, and has played prior to Melissa Ethridge, Ratt, and Firehouse. Their original music has been broadcast on Clear Channel as well as Powell Broadcasting stations.

Don’t miss your chance to witness this untarnished, electrifying group in person. John Luebke (Sioux City Rockestra Founder/Director) may be the most excited to see them get credible recognition. He said he has “inner peace that other people will feel the same way I do” about 35th & Taylor and their talent.