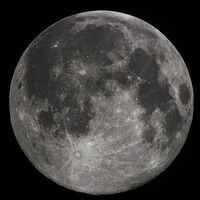 Enjoy our Summer Series - presentations on Black Hills figures or events packed with history and fun! Each presentation lasts an hour, including a Q&A.

Tom Durkin will take you on an interstellar ride through history that marks 50 years since the Apollo 11 spaceflight when the first two humans landed on the moon. He will also share what’s next for NASA in a program that will surely be appreciated by all ages.

On July 20, 1969, Neil Armstrong took his “one small step,” and Buzz Aldrin referred to the beauty of the lunar landscape as “magnificent desolation.”

Durkin says this is when “American ingenuity achieved an as-yet unmatched distinction for humanity.”

We haven’t been back to the moon since 1972, but Vice President Mike Pence and NASA Administrator Jim Bridenstine have moved up the timeline to return there by 2024. This accelerated NASA program is called “Forward to the Moon” and has created renewed excitement over space exploration.

Since 1999, Durkin has served as deputy director of the NASA South Dakota Space Grant Consortium headquartered on the campus of the South Dakota School of Mines and Technology. He administers educational activities in the fields of science, technology, engineering and math, supported by NASA’s unique mission.

Durkin also supports university students funded by the Space Grant, including those who conduct internships and eventually gain employment at NASA Centers and aerospace industries.