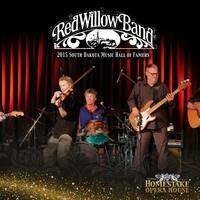 The Red Willow Band, known in South Dakota as "the best in country swing" was inducted into the South Dakota Rock N' Roll Hall of Fame in 2015. The Red Willow Band existed in South Dakota from 1974 to 1982, though the band gets together to play once or twice a year. The band recorded and released two albums and several singles, with one single "I Wish I Had Your Arms Around Me" reaching #97 on the Billboard Hot Country 100 charts for 7 days. The band made numerous TV specials for South Dakota Public Television, hosted the successful NEMO series of outdoor festivals, and toured nonstop in the upper U.S. from Washington State to New York City.

Admission is $40, Premium Seating $50 (this is limited seating)

The ticket both will open for this show at 6 PM.
Beer, wine, soda, and water will be available for purchase.
For questions on seating availability close to the date, please call the HHOH office at 605-584-2067 to purchase tickets visit  https://www.eventbrite.com/e/the-red-willow-band-reunion-concert-45th-anniversary-with-albert-gage-featuring-special-guest-tom-tickets-57131404569 .

Free off-street and free lot parking is available all within 3 blocks of the building. The building is accessible for wheelchairs. The HHOH Society is a non-profit organization dedicated to returning Lead’s Historic Opera House to productive use for the enrichment of the community and to provide cultural opportunities for generations to come.

Programming support is provided in part by the Adams-Mastrovich Family Foundation, and the City of Lead.