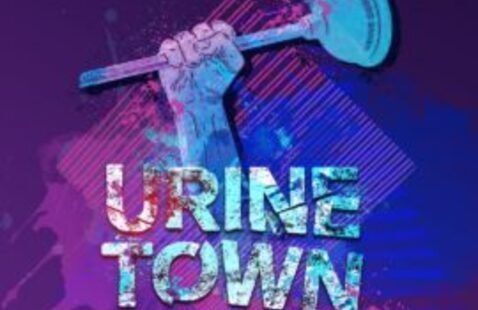 Performing Arts Center of Rapid City, Main Stage View map $16 - $26
Add to calendar
Save to Google Calendar Save to iCal Save to Outlook

https://bhct.org/urinetown/ #visitrapidcity
View map
Add to calendar
Save to Google Calendar Save to iCal Save to Outlook

Urinetown, a musical in the Historic Theater at the Performing Arts Center of Rapid City put on by the Black Hills Community Theatre.

In a Gotham-like city, a terrible water shortage, caused by a 20-year drought, has led to a government-enforced ban on private toilets. A single malevolent company profits by charging admission for one of humanity’s most basic needs. Amid the people, a hero decides that he’s had enough and plans a revolution to lead them all to freedom! Urinetown is an irreverently humorous satire, with outrageous perspective and wickedly modern wit, in which no one is safe from scrutiny.