Wokiksuye: A Remembrance of Robert Penn 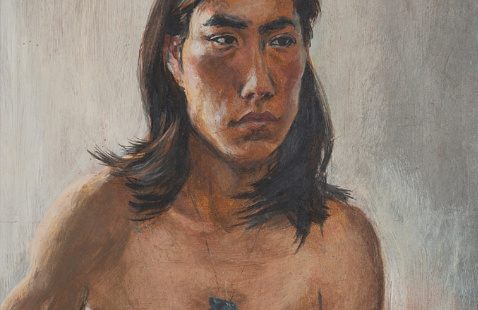 https://www.thedahl.org/current.html #DahlArtsCenter
View map
Add to calendar
Save to Google Calendar Save to iCal Save to Outlook

Robert Penn (Sicangu Lakota/Omaha) was born on May 3rd, 1946 in Omaha, Nebraska, and passed away on February 7th, 1999. He attended high school at St. Francis Mission on South Dakota’s Rosebud Reservation and received his Bachelor of Fine Arts Degree from the University of South Dakota in 1992. Penn was a protégé of and a work-study assistant under the late artist Oscar Howe. Bobby Penn explored and mastered every style of art-making that he pursued. He seemed to move effortlessly from large oil paintings to intimate watercolor pieces. It didn’t matter if he was working on a portrait study in acrylics or a landscape painting, Penn was equally adept at any media and style he chose to pursue, and this was one of the things that set him apart from other artists. He painted “the truth” as he found it in the world, and he attributed this creative talent to Wakan Tanka – the Great Spirit. Penn has long been viewed and spoken of as one of South Dakota’s greatest contemporary artists.